Choose the best verb to complete this sentence: “By midnight yesterday all the forms ____ to the Commission”.

In 1999 Jack Straw, then Britain’s home secretary, was attacked for being rude about an ethnic minority. There were demands for criminal investigations, appeals to various commissions and public agencies, a fevered debate over whether Mr Straw was racist. On that occasion, he was accused of demeaning gypsies by saying that people who masqueraded as travellers seemed to think they had a right to commit crimes. In the past few weeks Mr. Straw, now leader of the House of Commons, has triggered a similar response by arguing that the Muslim veil (i.e., the full, face-covering niqab) is an unhelpful symbol of separateness. This week he won the backing of his boss, Tony Blair. These episodes are reminders not that Mr. Straw is hostile to minorities (he isn’t) but that any debate in Europe about minority rights soon degenerates into a fight between self-proclaimed community leaders, public agencies, the police, courts and the law. It may be hard to reconcile militant Islam with secular Europe. It is understood that ...

Japanese expression of regret and atonement are finely tuned to the circumstances. So students of etiquette were quick to note that the apology issued by Sony on Tuesday October 24th, for manufacturing occasionally inflammable laptop batteries, was less than whole-hearted. In a land where shamed executives are not shy of shedding tears during shows of contrition, the seated shallow bow performed by some of the Japanese electronic giant’s bosses was deemed a middling act of corporate obeisance. Sony’s apology is part of a growing trend for business leaders to say sorry to consumers (and sometimes to workers and shareholders) for corporate shortcomings. Of late, Steve Jobs was widely praised for taking responsibility for Apple’s problems over the backdating of share-options. Mark Hurd, Hewlett-Packard’s boss, got a critical reaction to his more equivocal «apology» for a recent scandal that swept the American tech firm. As companies appear to be quicker at accepting the blame for failures, the timing and scope of their apologies are coming under ever-greater scrutiny. The oft-touted example of an exemplary corporate reaction to trouble is that of Johnson & Johnson in the early 1980s after several people died after taking a drug called Tylenol. Though the product had been deliberately poisoned with cyanide while on shop shelves the firm’s chief executive apologized repeatedly and profusely, production ceased and over 30m bottles were recalled at a cost of some $100m. Despite huge public disquiet about the drug at the time, sales of Tylenol quickly recovered.

In this article, «oft-touted» means...

In today’s global market place few firms are sheltered from international competition. Most markets are very competitive. Some are extremely competitive. In a number of industries supply has grown faster than demand and, as too many firms compete for too few customers, some markets have become hyper-competitive. Hyper-competition can be fairly short-lived, but in some sectors it has become the norm. The automobile industry is a classic example. How do you cut costs by 20%, improve quality and increase output all at once? It’s a pretty tough question, but one that carmakers and their suppliers have had to answer regularly. In view of market conditions, it is hardly surprising that the automotive sector has become so competitive. In recent years, productivity has increased very quickly, but demand has grown quite slowly. This has resulted in over-capacity. The problem has been worsened by slow growth in markets. Several car manufacturers have invested in new plants to meet growing demand abroad. But many vehicle markets have proved rather slow in developing. Early forecasts, it appears, were a little optimistic. Several new plants have been set up...

Three nights later old Major died peacefully in his sleep. His body was buried at the foot of the orchard. This was early (1) _________ March. During the next three months there was much secret activity. Major’s speech had given to the more intelligent animals on the farm a completely new outlook on life. They did not know when the Rebellion predicted by Major would take place, they had no reason for (2) __________ that it would be within their own lifetime, but they saw clearly that it was their duty to prepare for it. The work of teaching and organising the others fell naturally (3) __________ the pigs, who were generally recognised as being the cleverest of the animals. Pre-eminent among the pigs were two young boars named Snowball and Napoleon, whom Mr Jones (4) ________________ up for sale. Napoleon was a large, rather fierce-looking Berkshire boar, the only Berkshire on the farm, not much of a talker but with a reputation for (5) _______________ his own way. Snowball was a more vivacious pig than Napoleon, quicker in speech and more inventive, but was not considered to have the same depth of character. All the other make pigs on the farm were porkers. (’Animal Farm’ by George Orwell, 1945). Which of the given alternatives correctly fills in the gap (5)?

Choose the best phrase to complete this sentence: “To improve our balance of payments, we must increase productivity and ____ expenditure”.

ITV made its long-awaited debut on digital satellite television last night after an agreement with BSkyB that followed months of negotiations. Until now ITV has been available in digital form only on cable and digital terrestrial TV. But from last night the digital version of ITV1, with its 16 regional variations, was available on Sky Digital. The ITV2 channel will follow in the next few days and will be available for the first time in the 5.5 million homes with digital satellite - an increase of more than 150 per cent on its current audience. The deal between ITV and BSkyB, in which the News Corporation, parent company of The Times, has a 36.3 per cent stake, should give an advertising revenue boost to Granada and Carlton, the two main ITV companies. Advertisers were angered by the fact that ITV was not carried on Sky Digital, the country’s most popular digital platform. ITV will pay BSkyB about £13 million a year under the deal. Stuart Prebble, chief executive of ITV, said last night that the deal was «good news for satellite viewers», who will be able to watch ITV1 and ITV2 with digital quality pictures and full programme information. «Revenue» is another word for..... 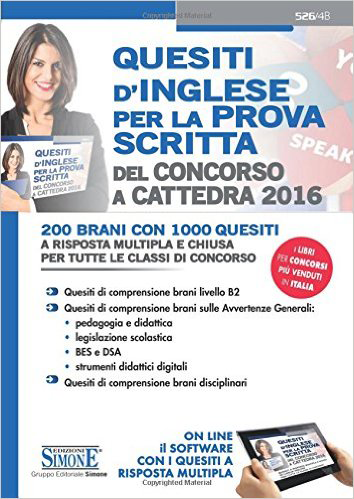